preparing your car for a road trip

Though glow plugs don't need replaced as often as spark plugs, eventually those in your truck's diesel engine will wear out. Below is a brief description of glow plugs and how they work compared to spark plugs as well as three signs that may mean your glow plugs may need replaced.

What Are Glow Plugs?

Glow plugs are small electrically powered heaters that, when at the needed temperature, ignite the diesel fuel to start your truck's engine. The heating element at the tip provides the spark, which lights the fuel coming out of the fuel injectors. Unlike spark plugs, which are ignited by the the vehicle's battery and start the truck almost immediately, glow plugs need warmed up before making the initial engine start. Most diesel trucks have a dash board light indicating the glow plugs are ready to go, especially the newer models. Once the light pops on, turn the key and you're in business. One reason glow plugs tend to last longer than spark plugs is that the glow plugs only have to ignite the fuel to start your truck. Spark plugs must continually fire as long as the engine is running.

Your Truck is Hard to Start

You've patiently waited for the dashboard indicator noting your glow plugs are ready to go. Turn the key and your engine takes longer than normal to turn over. That's an indication that the glow plugs are not reaching optimum temperature to ignite the fuel. The engine relies on that initial ignition, as well as adequate temperatures in the glow plugs, before it can continue burning the diesel fuel while in operation. Ignore this sign and you may end up with a truck that won't start at all.

Truck Misfires and Experiences a Decrease in Power

You may get that engine going, but if you are noticing engine misfires, that's an advanced warning signal. Your truck should, as they say "purr like a kitten." Cylinders should fire evenly and smoothly. A truck that runs rough often experiences a loss in power and acceleration. Fuel efficiency may also be compromised.

Engines using diesel fuel are not supposed to eliminate clouds of black smoke. Though the black smoke may be caused by other engine issues, faulty glow plugs may be the culprit. If the timing of the glow plugs doesn't coincide with the fuel injecting process, the result may be that big black cloud. In either case, it doesn't hurt to have your truck's engine looked at by a mechanic. 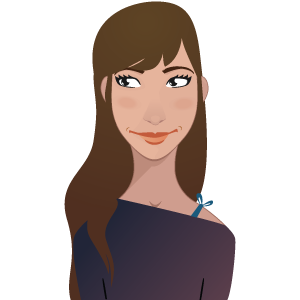 Are you getting ready for a big summer road trip? If so, is your car ready to make that trip? There are a lot of things that should be inspected prior to loading up your family for a fun road trip. My blog includes a step-by-step guide that can assist you in determining if your car is ready to make the trip safely and without issue. There, you will also find a list of emergency supplies you should keep in the car and advice for getting the car ready for the trip. Hopefully, my information will help your family enjoy the trip and not find yourselves stuck along the road somewhere.